Explaining The Relation Between Alcoholism And Suicide

Home » Explaining The Relation Between Alcoholism And Suicide 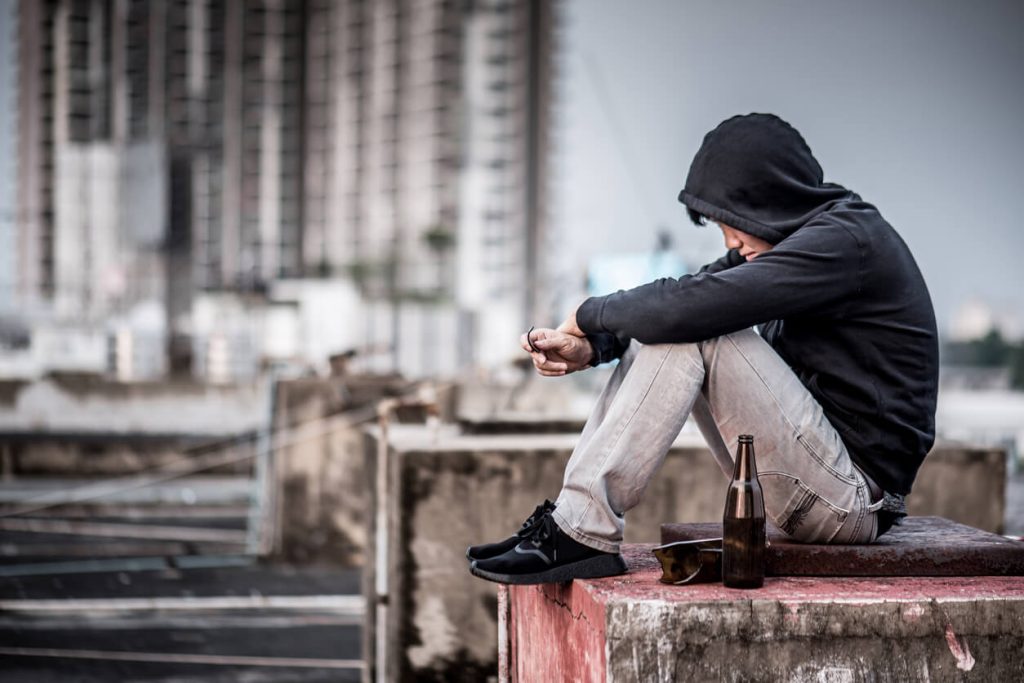 You may have seen someone start drinking from a young age. With age, dependence has only increased, and we can do nothing about that. People who continue drinking also start developing suicidal thoughts with age. It might scare us as we might have someone in our friend or family circle drinking alcohol daily. What should you do once you identify these suicidal ideas and alcoholism in a person?.

To start with, contacting Rehab Healthcare in the UK will be a wise decision. You might know that they are at least in safe hands. The clinic’s well-trained staff members will handle the person and give them the right treatment. They are specialists in this field, and they offer detox treatments, psychological counseling and therapies, and partial and full rehab facilities.

The Way Alcoholism Works towards Suicide

You may realize people take to drinking as they become unable to cope with life’s challenges. However, suicidal thoughts or tendencies are not unique to any country or state alone. Universally, thousands lose their lives to suicide. The reason leading to suicide is not a single one. But one out of three is alcoholism.

What happens when someone loses their friend or family member or faces failure? They resort to drinking as they also begin mood or personality-related disorders. They try to cope with the trauma through alcoholism momentarily, and they want to forget their loss. When they use the substance, they build a tolerance dependence, leading to addiction.

The road to alcohol addiction in these situations is very easy and gradual. Alcohol addiction can ruin their relationships with friends and strain their relationships with spouse. They may even start losing focus on their work and start underperforming. They may still use the loss of the family member as their excuse for all of this, not realizing that alcoholism has caused it.

Does Alcoholism Increase the Risk Alone?

No, if you look at it, alcoholism increases the risk of suicide. Among others is the intake of drugs illegally or in the form of medicines. They may begin to have signs of alcohol dependence and withdrawal symptoms. Some may continue drinking even when they know that they are consuming something harmful to their health.

The Link between Suicide and Alcoholism

People might drink to think and plan for suicide. They may not have the courage to commit suicide, but drinking can give them fake courage. Also, when they drink, they lose the logical reasoning that might otherwise reason them not to commit suicide.

Alcoholism might urge or provoke the impulsiveness that may urge them to take the rash step. Long-term alcohol abuse makes it easy for people to conceptualize suicide.

Among the drinkers, the teens and the young adults have the highest rate of attempting to commit suicide. Not just attempts, even most of these attempts turn into actual suicide. This said, even with age, mood disorders and suicide might grow.

The reason could be that people of a higher age may have other issues related to more emotional turmoil.

Conditions like depression or bipolar disorder can worsen with the intake of alcohol over time. People may find themselves at wit’s end and want to commit suicide. The neurotransmitters in the brain control the mood. However, alcoholism may send mixed signals to the brain, and the researchers also claim that serotonin production and dopamine here can cause the urge to suicide.

People with pre-existing or co-existing mental disorders mentioned above may not know how to approach treatment. But if you have a male friend with mental problems or with a history of suicidal thoughts and trauma or abuse, seek help. Take him to the residential addiction rehab in London. The clinic’s doctors will take you through the steps and ensure that the patient leaves behind his dependence days.

For any recovery, it is advisable to go in the initial days of dependence. So, if you spot any symptoms of depression or bipolar behavior, and he or she also seems to be struggling with alcoholism, do not delay.

In the initial phase of the treatment at the drug & alcohol rehab London-based, you can find doctors prescribing some anti-depressants. However, there would be counseling followed by psychological assessments and more. These would test how much the dependence is and what other steps the clinic should take. The rehab will be the best solution as we have a combined threat in hand and where strict monitoring of the patient will also be in place.

Fighting social stigma will also be a problem they have to tackle in this case. They will need support, so Alcoholics Anonymous and other such group therapies will be necessary.

It is not impossible to take a step back to normalcy, so do not delay seeking this kind of help for the persons you see under the influence. Contact Rehab Healthcare for help today.