Cocaine addiction is one of the most common drug addictions in our society. It used to be a drug associated with wealth, often used exclusively by businessmen and celebrities. However, cocaine is now very widely available, as its cost has reduced because drug dealers tend to ‘cut’ or ‘mix’ it with cheaper drugs and dangerous chemicals. 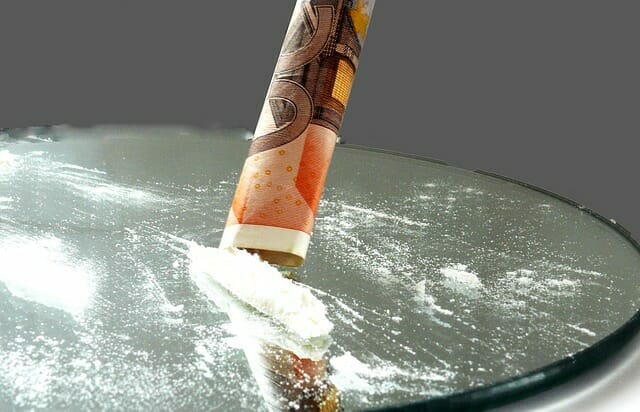 Short-term consequences of cocaine use can be minimal at first. However, addiction creeps up very quickly by using it more and more often. The long-term effects of excessive cocaine use can be incredibly damaging as cocaine addiction is often combined with excessive alcohol use. It can also lead to addiction to sedative drugs such as heroin and benzodiazepines, as users often use these drugs to ‘bring them down’ from the intense high experienced from excessive cocaine use. This combination of drug use is very dangerous and can also lead to other addictions and consequences.

Using cocaine with alcohol (or other drugs) can substantially increase the risk of side-effects. Alcohol and cocaine together can be particularly dangerous, as they mix together in the body to produce a toxic chemical, called Coca-ethylene. This toxic chemical increases the risk of heart problems, seizures, liver disease and mental health problems.

What is Cocaine or Crack?

Cocaine has two forms – powder cocaine (called coke) that is snorted and crack cocaine that can be smoked or injected. Cocaine is a powerful stimulant but its effect is with short-lived. This means that it temporarily speeds up the way your mind and body work but the effects wear off within a short time.

All types of cocaine are addictive. However, crack tends to have a much stronger effect and can be more psychologically addictive than snorted powder cocaine because it reaches the brain more quickly. Injecting crack will also reach the brain even more quickly and this has more serious risks.

If you or a loved one has a cocaine addiction, please speak to one of our advisors who will be able to guide you on how to get help. Overcoming cocaine addiction can be very easy with the right professional help and support. It is also worth mentioning that cocaine use is illegal in the UK. Call REHAB HC now!