Binge drinking is a growing problem in the UK. More than half of UK citizens drink over the recommended alcohol units suggested by the Department of Health. The NHS describes binge drinking as ‘drinking lots of alcohol in a short space of time, or drinking to get drunk’. In fact, every time you drink double the recommended daily alcohol limit you are in fact ‘binge drinking’!

Binge drinking is often caused by underlying issues as is any other type of addiction. This issues often progress into more severe alcohol abuse and dependency. On average, there are 9,000 alcohol-related deaths per year. A loved one is lost by alcohol every hour. Call us at REHAB HC now to change this devastating statistic. 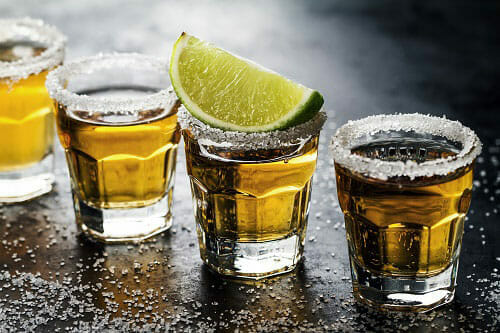 Why is binge drinking so dangerous?

The Department of Health recommends that men and women are advised not to drink more than 14 units a week on a regular basis. More importantly, it is recommended that people ‘spread’ their drinking over three or more days. Also to have several alcohol-free days.

Consuming excessive alcohol over a short-time or ‘binging’ is dangerous to your body. In particular, your liver simply can’t process the alcohol in your body quickly enough. This results in a high Blood Alcohol Concentration (BAC) with its consequences. Binge drinking can lead to accidents and falls because being drunk affects your balance and coordination. In extreme cases, you could die. Overdosing on alcohol can stop you breathing or stop your heart, or you could choke on your vomit.

Binge drinking can also lead to anti-social behaviour, aggression and violent behaviour. Consequently, these can lead to criminal offences, most commonly drink driving. Many A&E admissions on a Friday or Saturday night are due to the social effects of binge drinking. Official figures show a tripling in alcohol-related hospital admissions among those aged between 55 and 74, over the last decade. Overall, the total number of alcohol-related admissions have doubled in a decade. NHS data shows up to 1.1 million such episodes in 2015/16.

The main problem with binge  drinking is that because some binge drinkers can ‘function’ and lead a relatively normal life, they deny that they have a problem with alcohol. They think that they are not alcoholics because they do not wake up in the morning with the shakes and needing to have a drink.

Many of the clients that REHAB HC have worked with come under the category of ‘severe binge drinkers’. Severe binge drinkers can and do often go days, and in many cases, weeks, without alcohol. However, after this short-period of abstinence, something will ‘trigger’ them, often to do with stress or a relationship problem. This will then lead to that person to pick up a drink.

This person then drinks very heavily over a very short period of time, intentionally getting drunk. Sometimes the binge can last for several days, day and night. They will often ‘go missing’, disappear from the family home and not turn up for work. This causes severe physical damage to their minds and bodies. This person may then decide to stop drinking as their body physically cannot tolerate any more alcohol. They also sometimes get in such state of despair that they must stop.

They may have some physical withdrawal symptoms for few days when they stop but returns to a period of abstinence. Then the cycle continues and after a few weeks of abstinence, they have another heavy binge.

Do you know someone like this? Are you worried about the amount of alcohol you or someone is drinking?

Call us at REHAB HC to find out what services are available to you!.