Alcoholism Causes Lung Cancer, Or Is It A Myth? Accurate Foresight

Home » Alcoholism Causes Lung Cancer, Or Is It A Myth? Accurate Foresight 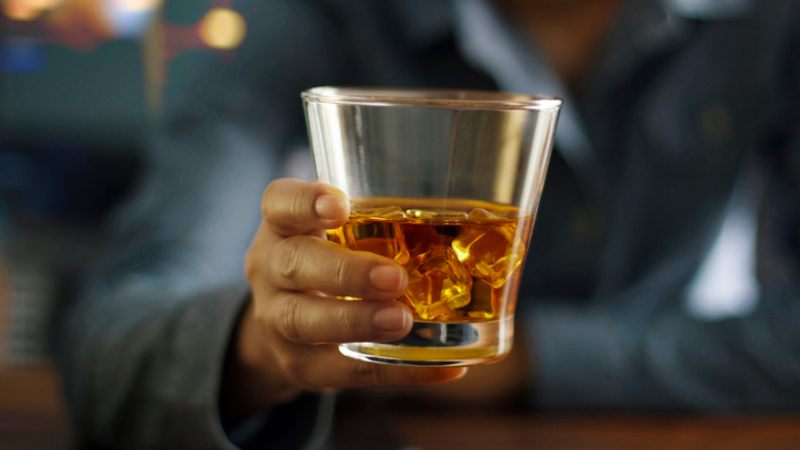 Alcohol and lung cancer aren’t different topics but the two sides of a coin. It’s among the most contentious issues because tobacco and alcohol may cause lung cancer. Recent studies have proved that alcoholism is a prominent and independent factor of lung cancer.

This article explores the link between alcoholism and lung cancer and how to treat and cure the same. This article also acts as an awareness to prevent excessive use of alcohol on this lung cancer day.

Alcohol and Its Carcinogenic Effect

The liver isn’t the only organ harmed by alcohol. According to HHS and WHO’s International Agency for Research on Cancer (IARC), alcohol is a carcinogen (a chemical capable of causing cancer) established in 2010.

While some toxins like cigarette smoke have been shown to cause cancer, alcohol is considered to enhance the growth of an already-existing tumor. Malignancies such as liver cancer and cancers of the colon, rectal, breast, and head and neck are included. Exactly how alcohol causes cancer is a mystery, although ethanol and acetaldehyde, a key metabolite, are considered genotoxic, meaning they may harm the genetic material of cells. By further disrupting normal chromosomes and DNA, this impact may boost the rate at which tumor cells grow in those with a predisposition to cancer.

Lung Cancer and Alcohol Use are Linked

It was shown that excessive drinking (defined as more than seven drinks per day) raised the risk of lung cancer but that drinking in moderation (defined as one drink or fewer per day) lowered it, according to one of the largest studies published in the American Journal of Epidemiology in 2016.

Lung cancer differs from other cancers in that heavy drinkers are more likely to smoke than non-drinkers to develop it. Non-drinkers made up 29.8% of the sample, whereas heavy drinkers made up 30% of the sample and smoked an average of over 20 cigarettes daily. Because of this, it is difficult to determine the extent to which frequent drinking increases the risk of persons who are already at high risk owing to smoking. Consequently, persons who consume alcohol and haven’t ever smoked can acquire lung cancer. For non-smokers, heavy drinking (more than three drinks per day) raises the risk of lung cancer by 30%, according to a study published in The Permanente Journal in 2015.

This shows that alcohol may play a role in lung cancer development among persons with a hereditary susceptibility to the illness.

How Can Drinking Contribute to Higher Cancer Risk?

Drinking alcohol can raise a person’s cancer risk in various ways. Alcoholic beverages include acetaldehyde, a recognized carcinogen formed when ethanol is broken down. Our cells are unable to heal the harm caused by this chemical. Cancerous cells may be able to thrive as a result of this.

Hormones like estrogen can be affected by drinking alcohol. Sending signals to our cells to expand and divide is the job of these hormones. It is more likely that a cell will develop cancer if it divides more frequently than it should.

Some of the body’s vital nutrients, such as Vitamins A, C, D, E, and Folate, are less able to be metabolized and absorbed after drinking alcohol. Cancer-fighting elements are found in several foods.
Alcohol is a fattening substance that has no nutritional value. Overeating can result in weight gain, which raises a person’s cancer-related risk.

How to Treat Alcoholic Pulmonary Disease?

Unfortunately, there is no quick remedy for alcohol-related lung problems. Despite therapeutic options, stopping drinking alcohol is the most effective strategy to avoid additional lung damage.

Quitting alcohol is essential to keep the damage to your lungs to a minimum. Heavy drinkers and those addicted to alcohol may require inpatient treatment and medical detox for a short period.

If you have symptoms of alcohol withdrawal, a doctor might prescribe medicine to alleviate the discomfort. They may also inject you with medication to help your lungs throughout this procedure.

It is common for those who have completed detox to begin counseling, develop coping skills, and engage in support groups. In the UK, the alcohol and drug rehab clinic majorly treats alcoholism and other serious addictions like cannabis, heroin, cocaine, benzos, and many other harmful addictions. One such prominent rehab is the RehabHC, offering a team of specialists with extensive expertise in helping addicts overcome their addictions through clinical detoxification and psychosocial therapies.

Some alcoholic lung disease symptoms can be alleviated or prevented with medication. These are just a few drugs that your doctor may prescribe: Sedatives, muscle relaxants, and antibiotics.

Even though many over-the-counter cough medicines and cough syrups include alcohol, persons with alcohol consumption disorder should avoid using them.

The most controversial topic here ends with a strong conclusion that alcohol led to lung cancer. Though it may not generate cancer, it is known to enhance its growth. As it is now proven that alcohol is carcinogenic, non-smokers who drink alcohol at a larger level can grow a strong tendency to lung cancer.

Therefore, it is essential to stop the addiction as soon as possible. One of the most successful ways of quitting the addiction to alcohol is through addiction treatment services in the UK. You can check out RehabHC, which excels in this field and has already helped many addicts return to a normal and healthy life.